Baby Ruths. Reese’s Peanut Butter Cups. Nerds. Mini Snickers. We have them all. Pounds and pounds of them. The kids collected a great haul last night and we have generous neighbors!

But when the alarm went off this morning for school, there were serious kid-sized Halloween hangovers. Grumpy faces. Sibling fights over nothing. Missing shoes. I’ve never been so happy to see the school bus arrive. Sorry, teachers.

So, here is a random assortment of books to help you cure your Halloween Hangover…

For the adult who didn’t get enough scare… 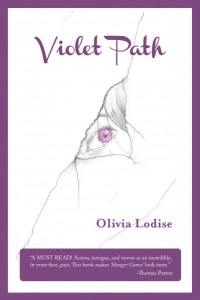 For the kiddo who ate too much candy… 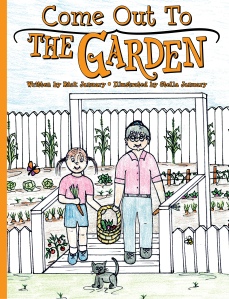 For the writers fearing the beginning of November’s NaNoWriMo… 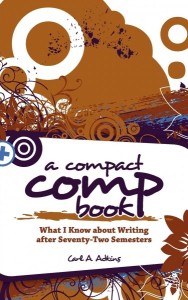 All books by BQB and WriteLife Publishing are available on Amazon, B&N or can be ordered from your favorite local bookstore.

For some people, fall is all about pumpkin spiced everything, curly gourds and giving away the leftover vegetables from their fading gardens. For kids, lets be honest, it is about the trick-or-treating and the candy. And for others, it is an opportunity to scare the pants off themselves and have some fun at the same time.

The rage of zombie activities has increased dramatically recently. There are now zombie pub crawls, zombie 5ks, zombie art shows. (Maybe I should be concerned).

And do you like horror movies? Did you peek through your fingers during Psycho and Scream or is Hocus Pocus more your style?

If you like to read horror books – the kind that keep you up late at night, The Tone Poet is one to add to your list. Here is a full description and when you get ready, be sure to lock the doors and keep the light on. This title earned the following awards, so the fear is real:

The Tone Poet by Mark Rickert – When a family car accident leaves six-year-old Cameron Blake for dead, his body is engulfed by a light that sings extraordinary music. Once his heart beats again, the music fades and is gone. This is astral music, and it haunts Cameron for the rest of his life.

As an adult, Cameron is a renowned composer, but he feels unsatisfied. He’s spent his life trying to recapture those astral tones he heard at death’s doorstep. Unable to grasp the elusive music, his latest commission has left him burned out and disillusioned. Enter Maestro Leonin Bloom, the conductor of an orchestra with lofty aspirations: to perform the musical expression of the creative universe. And he needs Cameron’s help.

To perform their special symphony, Bloom’s orchestra needs a tone poet, a special composer who has experienced astral music and who has the ability to fashion sound into unlimited musical possibilities. Cameron fits the bill, but his memory of the near-death music is impossibly out of reach.

Cameron travels to Holloway where Bloom keeps his orchestra and a private concert hall. But something is unwittingly off in the small mountain town. A woman is missing, and the nights are haunted by strange music.

Cameron is soon introduced to the process of attuning, an artistic exercise that forces him to compose nightmare concertos as a means of purging lifelong resentments. But his progress is stunted by doubt, and attuning seems to draw Cameron into darkness rather than enlightenment.

Death and resurrection, demons and nightmare music, The Tone Poet is a redemptive, spiritual journey that will lead Cameron Blake to the secrets of the self and beyond, to the vibratory heart of the universe.

You can read reviews for The Tone Poet here:

***All books by BQB and WriteLife Publishing are available from Amazon.com or can be ordered through your favorite local bookstore. ***

In honor of Halloween, let’s stay up LATE! It is guaranteed that anything by Stephen King will keep sleep away, but there are plenty of other books and authors capable of inspiring early morning under-the-covers-with-a-flashlight style reading. Regardless of the genre, sci-fi, mystery, romance and fantasy authors each tease us with their story telling abilities.

Here, several BQB and WriteLife authors share the last book they read that kept them from turning out the light. Hope you enjoy their recommendations…

During a dive trip in the Maldives, I picked The Night Circus by Erin Morgenstern from the dive boat’s library. Initially, it was the simplicity of the cover and the thickness of the book that attracted me. Once I started reading, I was hooked into the fairy tale of a circus that only opened from sunset to sunrise. The visualizations the author concocted of performing kittens, ice tents and many other whimsical creations were delightful. The circus followers heighten the mystery of where the elusive Night Circus will suddenly appear without warning. But, the dark side of the story created an underground conflict between the main characters. The Victorian timeline preserves the steampunk quality that makes it even more visual to me as the reader. As I turned the last page, I remember saying, “Why aren’t they making a movie out of this?” Google informed me, they are!

I just read All the Light We Cannot See by Anthony Doerr, a novel. The intensely interweaving of two very disparate lives is mesmerizing. Marie-Laure is a young, blind, Parisian girl. Werner is a young, Hitler Youth trained idealistic German. Their life lines merge in the historic walled city of Saint-Malo on the Breton coast. The action moves from 1944 during the Nazi occupation of France to the present time. This book epitomizes the hackneyed expression “a page-turner.” Beyond that, the writing is richly detailed–poetically tuned. The reading does not disappoint.

I lived in both Paris, France, and Heidelberg, Germany, during 1960-66.  The imagery in this book recalled vivid memories of experienced times and places.

Kathryn Ascher (Author of: What it Takes)
www.kathrynascher.com

I was kept up late by the Two Dukes of Wyndham series by Julia Quinn. I loved that series because the two books happened simultaneously and it was interesting to watch the storyline unfold again through the eyes of different characters. I think I read the two books in two days, very fast for me.

In the first book, you’re introduced to the current Duke of Wyndham who allows his grandmother to live in his home with him. The heroine is actually the grandmothers companion and on the way to a party, they are held up by a highwayman whom the grandmother instantly recognizes as family because of his eyes. Eventually it comes out that the highwayman was the son of the older woman’s sons and could potentially be the true Duke because his father was the elder son. The grandmother is determined to find out whether his is a legitimate son, so they must find the marriage record of his parents.

The first story is that of the highwayman and the companion as they go through the journey of discovering the truth (and falling in love), the second story is that of the current duke and his betrothed (whom he’s not in love with and would no longer be his betrothed if his cousin is indeed the duke) as they go through the same journey (and fall in love in the end).

It was the first time I had ever read a series that happened at the same time and it was fascinating to see how well Ms. Quinn was able to retell the same story and keep it interesting.

The book that kept me up late: The Gift of an Ordinary Day by Katrina Kenison

Why I couldn’t put it down: Kennison tells her own story beautifully, shares her problems, and most important, shares her wisdom. I keep returning to this book and reading the sentences I underlined, such as “Perhaps I don’t have to push at life quite so hard after all . . .” and “Real life is just where we are, in this moment . . .”

This book touched my heart and made me think about my own life. I know I will read it again.

I don’t like the horror genre at all. I had never read a horror novel……until I read an advanced review copy of The Tone Poet by Mark Rickert. What a trip! From the very beginning chapter that featured a man being birthed from the mouth of a tuba, this novel is downright frightening and disturbing….as well as incredibly well written. My first clue should have been that the author’s boyhood hero was Stephen King– and still is. Enough said.

I read The Tone Poet over the course of several days. At night, sleep did not come easily for me and when it came it was a little disturbing. Thanks, Mark Rickert, for those restless nights.

This novel has a wide variety of horrific scenes and creatures……and some very evil people. The plot is incredibly unique. A gifted San Diego composer is invited to join a sinister and beguiling chamber orchestra conductor in a small community in Tennessee to pursue Astral Music, a celestial form of music that people hear when experiencing near-death experiences.

The plot is complicated and engaging. The author shifts scenes with remarkable skill, keeping the reader hooked. The gore and horror serve to accentuate the evil that abounds. The most disturbing creatures in the book? Oppari are animals with the faces of familiar human beings; they enjoy attacking and devouring people. Viscera are long wormlike creatures that enjoy wrapping themselves around people and eventually entering their bodies through their mouths. Sound frightening and disturbing enough?????!!!!!!

I have a close friend who read The Tone Poet shortly after I did. While reading it, she locked her doors……during daytime! She told me that she thought more about how disturbed the author was than the fear he inflicted on her. I was inclined to agree with her. (Stephen King, eat your heart out.)

How appropriate that BQB Publishing is releasing this book to the public during Halloween week! This book will not only entertain you…..but scare the crap out of you—- guaranteed!

What kept you up late recently?